Late in 1945 the Swiss borders opened again to the surrounding nations who had been at war for 6 years. Hans Hurner, my father, at once sent visa applications to a series of counties in South America and Africa. The one for the Belgian Congo arrived first, so he set off early in 1946 to set himself up. His fiancée, Johanna Maria Brunner, was to follow a year later. 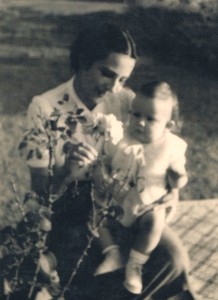 Some years later, in May 1952, I was born on a mission station some distance from Elisabethville (today Lumumbashi) in the southern Congo. The family moved to Johannesburg in South Africa in 1954.

When I was 6, my mother, brother and myself left for Switzerland, where I entered the 1st grade at the Rudolf Steiner School in Zürich for one year. Returning to South Africa and attending a Catholic school there was a rude awakening to the realities of life. When in 1963, we moved to Cape Town, where I spent the rest of my youth, the divorce of my parents, despite my love and admiration for my father, seemed like a relief. My mother built up the Kindergarten at the Waldorf school there and also taught as a class teacher for many years. I spent the bulk of those years riding horses whenever I could, to the exclusion of all else.

Towards the end of my time at school, I began to take an interest in the political and social affairs of South Africa, like many people in the new student movement. This continued at university, until the whole movement was supressed.

So I joined the merchant service, did a training in navigation and spent the next years at sea, running two riding schools, driving trucks and studying. By this time I had developed a strong interest in Anthroposophy that was taking more and more of my attention.

In 1976, I left for Dornach in Switzerland and took a job as a stagehand at the Goetheanum. I worked with Walter Roggenkamp on the set of the Faust production for the best part of 5 years, interrupted at times by my studies in Witten-Annen as a Waldorf teacher. Besides this, I was actively involved in building up the Youth Section with the group of young people around Jörgen Smit.

I left Switzerland in 1981 and, after a few months in the US, returned to South Africa to take up a teaching post at the Michael Mount Waldorf School in Johannesburg. The high school had just begun and needed much care and work over the next years, establishing the craft programs, the curriculum and the teacher training. Besides this, I had my class that I took for eight years, which taught me more than all my years of formal further education. In 1986 the South African Federation of Waldorf Schools was re-convened, a new council appointed and I became its secretary for the next 10 years.

In 1989, I met my wife, Juliet at a conference and acquired an instant family of three children between 5 and 8 years of age. The following year, I completed my class took sabbatical leave to build a house for us, together with an ex-student of Michael Mount who was waiting for his apprenticeship to come through.

A few months later, I was asked to join the new teacher training college that we called the Baobab Community College, which had just started in Alexandra Township, an overcrowded, poor and war-torn ghetto right in Johannesburg. There was what amounted to a civil war at the time between the different political parties emerging in South Africa, and their territorial boundary happened to be right alongside our school. A few small Waldorf schools had been founded in different Black communities, for whom we were now trying to provide teachers.

Everyone knew that a change of government was pending and would bring with it a total change in educational policies, so we, from the Waldorf schools, began to work with some of the committees that were discussing and trying to disseminate these ideas. I was able to observe at first hand and for the first time, the true catastrophe of apartheid education – possibly the government’s most effective tool in undermining the Black people. And it was precisely here that we were trying to create an alternative.

1994 finally brought the first democratic elections. All went well, but it meant also tremendous changes for all those who had been working in NGO’s and other independent initiatives. The Black people now had access to any profession of their choice, hundreds of business colleges opened, student numbers went down and everyone knew that teachers made no money. So I left the College, taught for a time in Durban, then the family moved to Switzerland, where I have been living since.

I became involved with the Youth Section at the Goetheanum, where I met those young people with whom we developed the ideas of Idem – Identity through Initiative, organised work camps, various conferences and training workshops. It was essentially a network to support youth initiative.

These days I do a lot of writing, which is what this website is for. I still occasionally do workshops of the kind listed under workshops and activities. And I continue to do research as I have always done, but nowadays mainly in the sphere of history, particularly as it applies to the anthroposophical work. 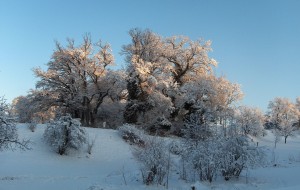